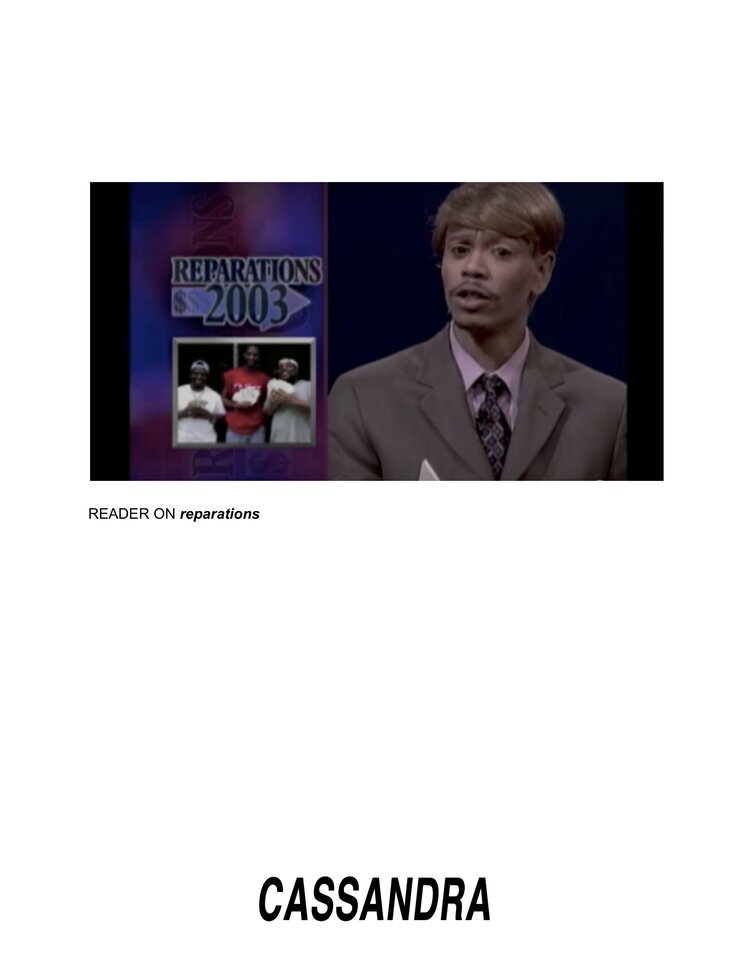 Werner Sollors, "“Obligations to Negroes who would be kin if they were not Negro,” Daedalus Volume 1 (Winter 2011).

Allan D. Cooper, “From Slavery to Genocide: The Fallacy of Debt in Reparations Discourse,” Journal of Black Studies Volume 43, no. 2 (March 2012).