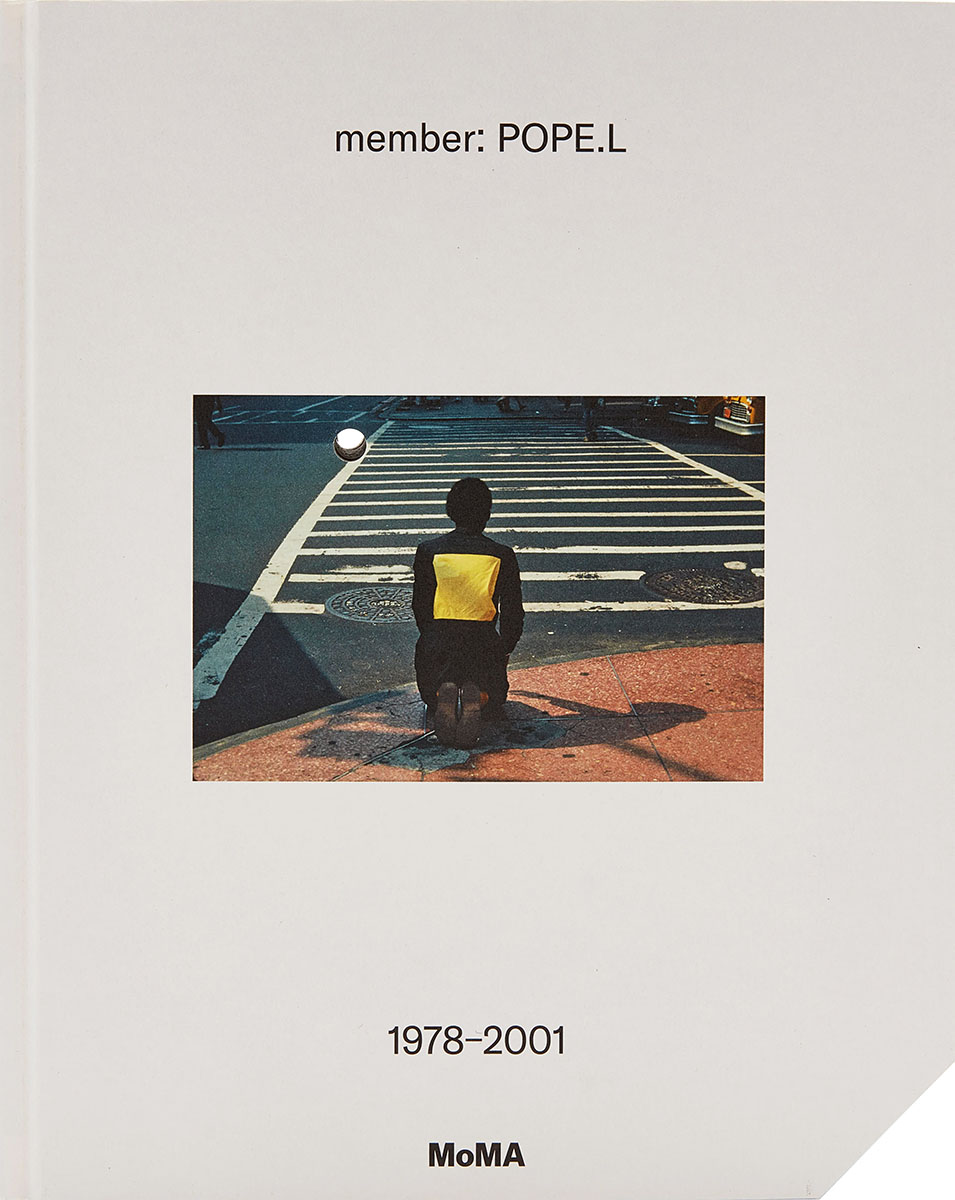 Publisher: The Museum of Modern Art

Pope.L is a consummate thinker and provocateur whose practice across multiple mediums―including painting, drawing, installation, sculpture, theater and video―utilizes abjection, humor, endurance, language and absurdity to confront and undermine rigid systems of belief. Published in conjunction with an exhibition at the Museum of Modern Art that will feature a combination of videos, photographs, sculptural elements, ephemera and live actions, member: Pope.L, 1978–2001 presents a detailed study of 13 early works that helped define Pope.L’s career. Essays by curators, artists, filmmakers and art historians, plus an interview and artistic interventions by the artist, establish key details for each work and articulate how the artist continues to think about the legacy of these ephemeral projects unfolding in time.

Among the works included are performances rooted in experimental theater, such as Egg Eating Contest (1990), Aunt Jenny Chronicles (1991) and Eracism (2000), as well as street interventions such as Thunderbird Immolation a.k.a. Meditation Square Piece (1978), ATM Piece (1997) and The Great White Way: 22 miles, 9 years, 1 street (2001–09), among others. Together these works highlight the role that performance has played within a seditious, emphatically interdisciplinary career that has established Pope.L as an influential force in contemporary art.