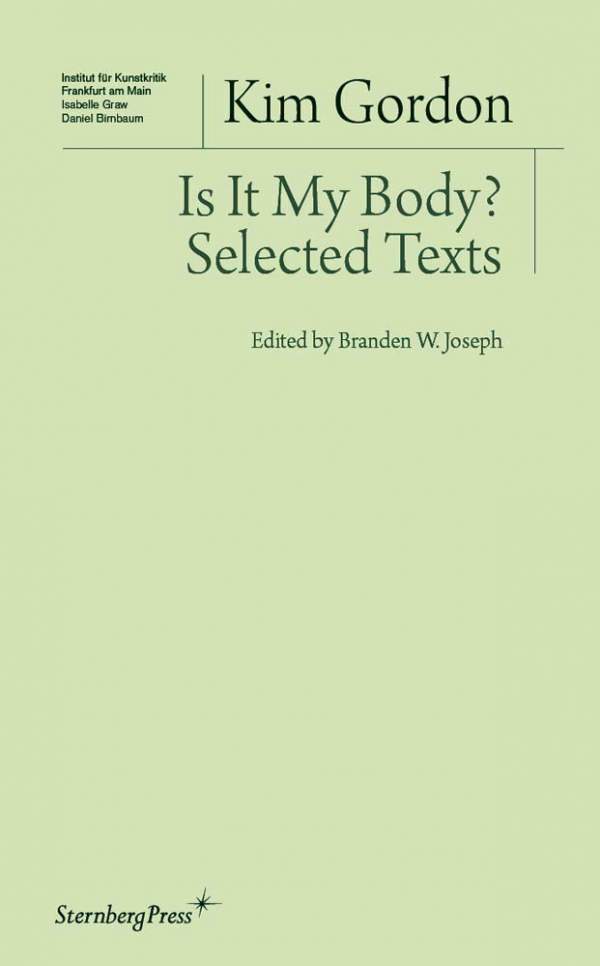 Title: Is It My Body? Selected Texts

Throughout the 1980s and early ’90s, Kim Gordon—widely known as a founding member of the influential band Sonic Youth—produced a series of writings on art and music. Ranging from neo-Conceptual artworks to broader forms of cultural criticism, these rare texts are brought together in this volume for the first time, placing Gordon’s writing within the context of the artist-critics of her generation, including Mike Kelley, John Miller, and Dan Graham. In addressing key stakes within contemporary art, architecture, music, and the performance of male and female gender roles, Gordon provides a prescient analysis of such figures as Kelley, Glenn Branca, Rhys Chatham, Tony Oursler, and Raymond Pettibon, in addition to reflecting on her own position as a woman on stage. The result—Is It My Body?—is a collection that feels as timely now as when it was written. This volume additionally features a conversation between Gordon and Jutta Koether, in which they discuss their collaborations in art, music, and performance.