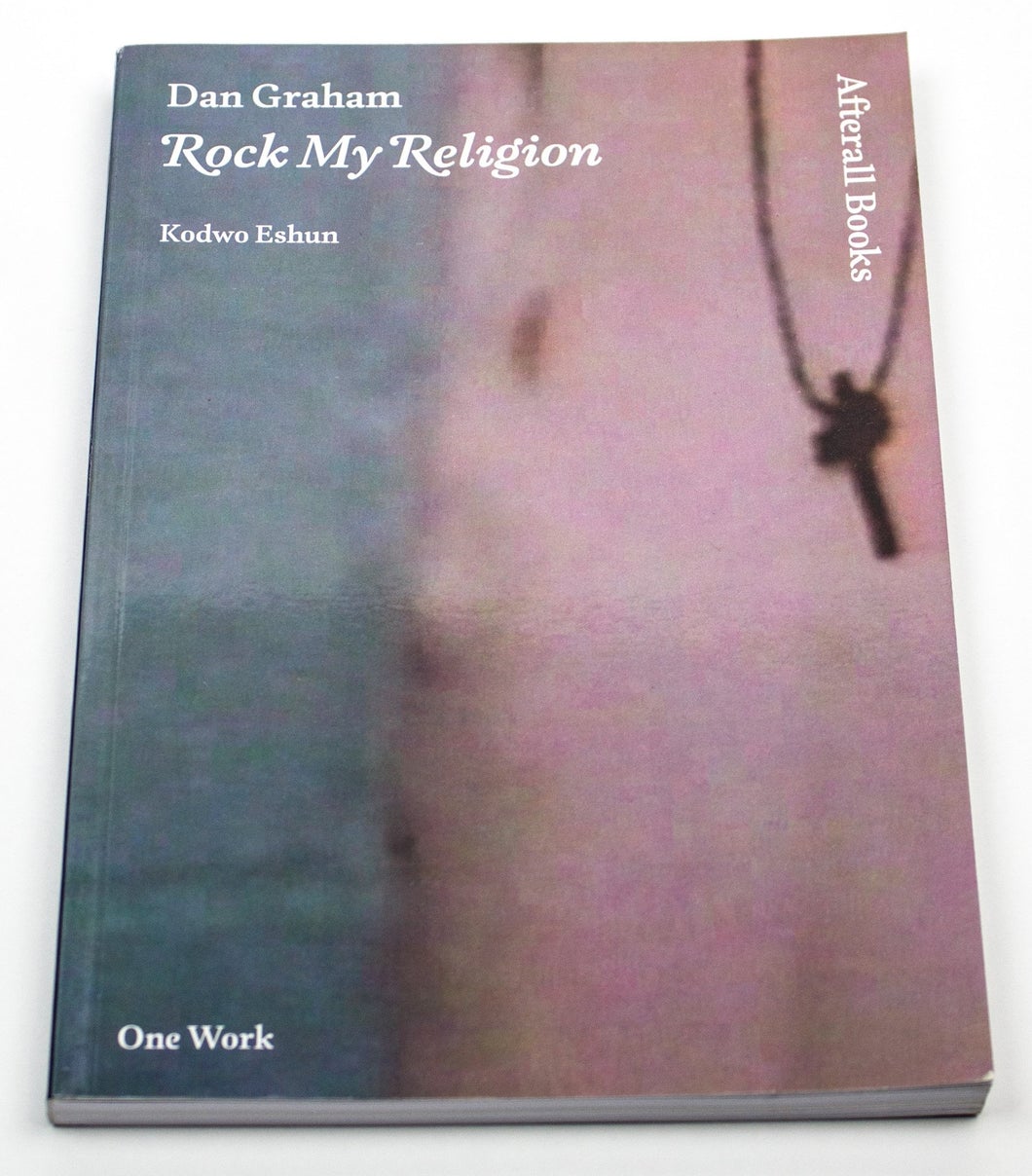 Dan Graham's " Rock My Religion" (1982--1984) is a video essay populated by punk and rock performers (Patti Smith, Jim Morrison, Jerry Lee Lewis, and Eddie Cochran) and historical figures (including Ann Lee, founder of the Shakers). It represented a coming together of narrative voice-overs, singing and shouting voices, and jarring sounds and overlaid texts that proposed a historical genealogy of rock music and an ambitious thesis about the origins of North America's popular culture. Because of its passionate embrace of underground music, its low-fi aesthetics, interest in politics, and liberal approach to historiography, the video has become a landmark work in the history of contemporary moving image and art; but it has remained, possibly for the same reasons, one of Graham's least written about works--under-appreciated and possibly misunderstood by the critics who otherwise celebrate him. This illustrated study of Graham's groundbreaking work fills that critical gap. Kodwo Eshun examines "Rock My Religion "not only in terms of contemporary art and Graham's wider body of work but also as part of the broader culture of the time. He explores the relationship between Graham and New York's underground music scene of the 1980s, connecting the artistic methods of the No Wave bands--especially their group dynamics and relationship to the audience--and "Rock My Religion"'s treatment of working class identity and culture.