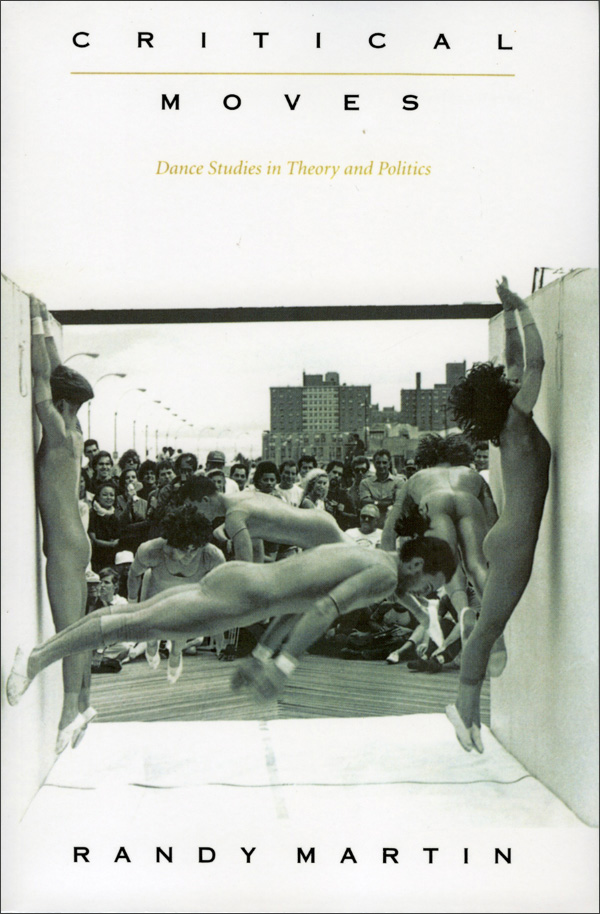 In Critical Moves Randy Martin sets in motion an inquiry into the relationship between dance, politics, and cultural theory. Drawing on his own experiences as a dancer as well as his observations as a cultural critic and social theorist, Martin illustrates how the study and practice of dance can reanimate arrested prospects for progressive politics and social change.
From experimental and concert dance to more popular expressions, Martin engages a range of performances and demonstrates how a critical reflection on dance helps promote fluency in the language of mobilization that political theory alludes to yet rarely speaks. He explores how Bill T. Jones’s Last Supper at Uncle Tom’s Cabin/The Promised Land defies attempts to separate social ideas from aesthetic concerns and celebrates multiculturalism in the face of a singular national culture; he studies the choreography in rapper Ice Cube’s video “Wicked,” which confronts racialized depictions of violent crime; and he discusses how racial difference is negotiated by analyzing a hip hop aerobics class in a nonblack environment.
Revealing how mastery of modern dance technique teaches an individual body to express cultural difference and display its intrinsic diversity, Critical Moves concludes with a reflection on the contribution dance studies can make to other fields within cultural studies and social sciences. As such it becomes an occasion to rethink the terms of history and agency, multiculturalism and nationalism, identity and political economy. This book will appeal not only to scholars and practitioners of dance, but also to a wide cross-section of people concerned with the study of political theory and the history of social movements.