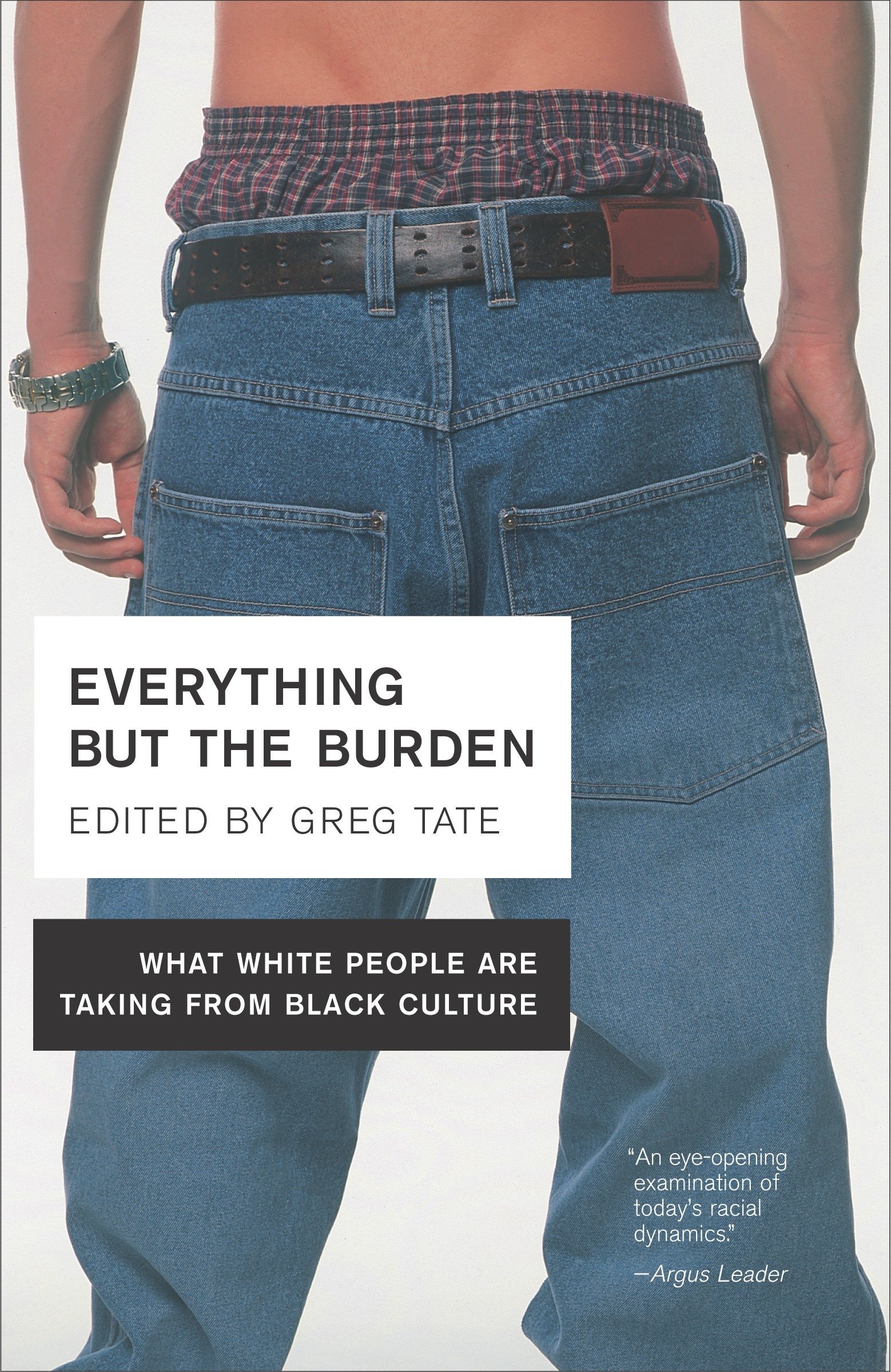 Tate, Greg - Everything But the Burden: What White People Are Taking from Black Culture

Title: Everything But the Burden: What White People Are Taking from Black Culture

White kids from the ’burbs are throwing up gang signs. The 2001 Grammy winner for best rap artist was as white as rice. And blond-haired sorority sisters are sporting FUBU gear. What is going on in American culture that’s giving our nation a racial-identity crisis?

Following the trail blazed by Norman Mailer’s controversial essay “The White Negro,” Everything but the Burden brings together voices from music, popular culture, the literary world, and the media speaking about how from Brooklyn to the Badlands white people are co-opting black styles of music, dance, dress, and slang. In this collection, the essayists examine how whites seem to be taking on, as editor Greg Tate’s mother used to tell him, “everything but the burden”–from fetishizing black athletes to spinning the ghetto lifestyle into a glamorous commodity. Is this a way of shaking off the fear of the unknown? A flattering indicator of appreciation? Or is it a more complicated cultural exchange? The pieces in Everything but the Burden explore the line between hero-worship and paternalism.

Among the book’s twelve essays are Vernon Reid’s “Steely Dan Understood as the Apotheosis of ‘The White Negro,’” Carl Hancock Rux’s “The Beats: America’s First ‘Wiggas,’” and Greg Tate’s own introductory essay “Nigs ’R Us.”